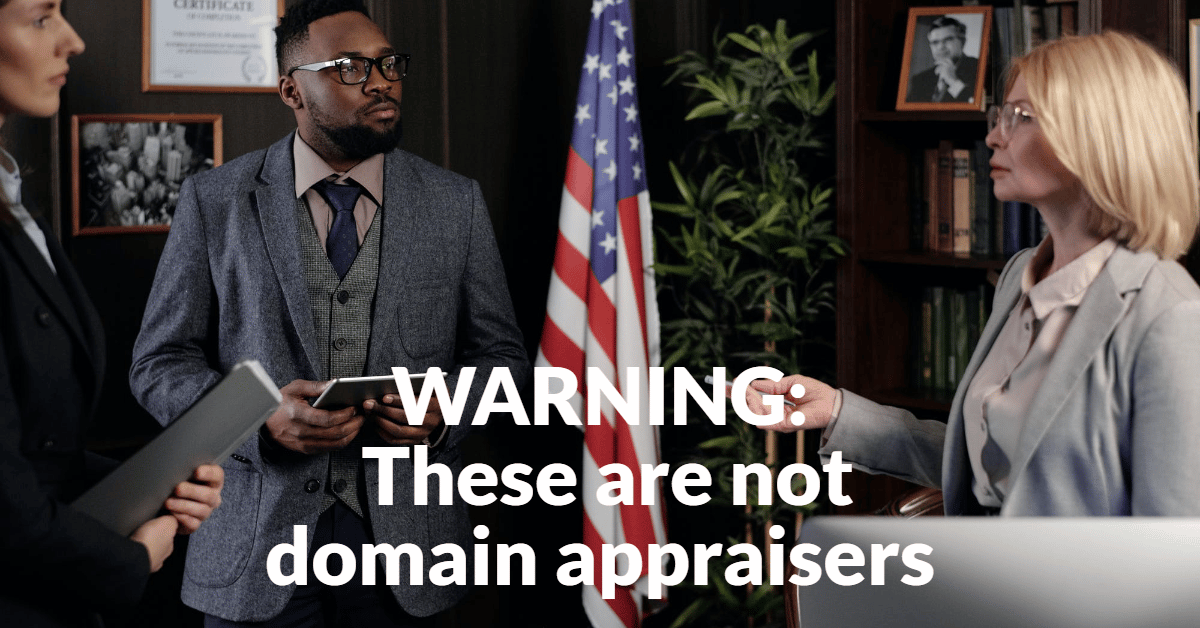 This panelist used fair prices demanded by domain owners as strikes against them.

UDRP panelists know a thing or two about cybersquatting, but few are qualified to judge the value of domain names.

I was reminded of this in two recent cases, both involving panelist Warwick Rothnie. I have written another article on two cases involving Rothnie’s cases which I will publish shortly. I’m not trying to pick on him, but I reported those cases and was surprised to see that he decided on all three.

The first case is MAGT Holding BV against “Translation failed”. (The Chinese domain registrant apparently used non-Roman scripts for its name, and the registrar was unable to translate them.)

The plaintiff attacked the domain dwrs.com because it sells a line of shoes under that name. Its use dates from around 2015. It is not known when the respondent acquired the domain, but as a Chinese domain investor who put a business contact address @xz.com, you can bet that this person has bought the domain because it is a four-letter domain with inherent value. I doubt they were trying to target the shoe company in the Netherlands. When I search DWRS on Google in the United States, the first page does not mention the complainant.

The owner of the domain, however, did not respond.

I’m not judging Rothnie’s entire decision. My concern is that Rothnie took the domain owner’s asking price of $40,000 in response to the plaintiff’s request as an indicator that the domain investor was targeting the plaintiff:

There are a few things to note here. First, GoDaddy works on behalf of the domain buyer, not the seller. So of course they will try to start low. Second, four-letter domains always sell for less than $10,000. They also sell over $10,000 all the time. The fact that the domain owner requested a relatively modest sum for the domain in response to the complainant’s request should not be an indicator that he targeted the complainant when he acquired the domain.

In fact, you can see it the other way around: the domain owner tried to buy the domain, then filed a UDRP when they were unhappy with the price. This is indicative of a Plan B reverse domain name hijacking.

This leads to the other case. In Miroshnichenko Nikolay Viktorovich v. Abid Ali, Rothnie concluded on behalf of the defendant from nickol.com but declined to find reverse domain name hijacking. Here is his justification for not finding RDNH:

Bearing in mind that Complainant does have trademarks based on “Nickol” and the offer of the disputed domain name for sale on the website “www.dan.com” for an asking price of USD 25,000, however, the Committee considers that this is not an appropriate case to conclude to reverse domain name hijacking. The Respondent succeeded based on his own knowledge and personal information about the Complainant. In particular, whether or not the Respondent misunderstood the Complainant and his trademark did not emerge objectively from the price at which the Respondent announced the sale of the disputed domain name.

It appears that Rothnie dismisses the respondent’s case based on the amount he was asking for the estate.

I guess there are examples of extreme pricing that a panelist might consider a bad faith factor. If there is really only one plausible buyer and it is a huge corporation, for example. But in both cases, we are talking about relatively fair prices for these domains. It is not the position of a panelist to assume they know the market value of a domain and deduct anything from the domain owner’s pricing.