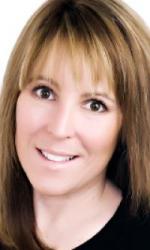 Review of the year 2021 for domain names

Is it really 2022? Is it? Although many may view 2021 as another “lost” year due to the pandemic, filled with Zoom™ meetings, virtual conferences, working from home and limited travel, there have been a number of notable stories of domain names that deserve to be highlighted.

10. The GCD Index reveals areas where Global 2000 is missing the mark

8. Next Round of New gTLDs Delayed as Operational Design Phase Implemented

In February 2021, the ICANN GNSO Council approved the Final Report on New gTLD Subsequent Procedures. Then, in September 2021, the ICANN Board launched a 10-month operational design phase that began in December 2021 after three months of preparation. It is now estimated that the ICANN Board may be able to approve the next cycle in 2023, with implementation expected to begin sometime after.

As interest in blockchain domains continues to grow, ICANN’s Principal Technologist, Alain Durand, published an article on ICANN’s website titled “Buyer Beware: All Names are not created equal”. He warns against “a few ICANN-accredited registrars offering non-DNS domain names for purchase.” He goes on to say that “unless Internet users install specific software on their digital devices, they will not be able to use them (non-DNS domains). If they click on such a link, it will fail with an error message that the domain cannot be found.

GCD’s fifth annual Enterprise Domain Name Management Survey was sent to more than 500 enterprise domain name professionals in verticals including retail, manufacturing, financial services, travel and the media. Nearly 75% of respondents said the pandemic had no impact on day-to-day domain management, and 80% said working from home has not presented a challenge. The survey also revealed that in some areas compared to last year, professionals in the field were experiencing fewer challenges. For example, 66% said matching portfolios was a challenge, compared to 75% in the 2020 survey. Twenty-five percent said managing their portfolio had become more difficult, compared to 51% in the 2020 survey. 2020 survey.

4. We knew this was coming – Verisign officially announces a price hike

Although expected, on February 11, 2021, Verisign officially announced “that it will increase the annual registry-level wholesale fee for each new .COM domain name registration and renewal from $7.85 to $8.39, from September 1, 2021”. Under ICANN’s agreement with Verisign, the price of .COM can be increased by 7% this year and each of the next three years, which equals $10.26 by 2025.

2. TLDs Move Between Registries in Game of Musical Chairs

Following the acquisition of Afilias by Donut in late 2020, a number of TLDs changed hands in 2021. Notably, in July, 19 TLDs previously managed by MMX were transferred to GoDaddy Registry, along with .CLUB. in December, it was announced that .TV would also move from Verisign to GoDaddy Registry. Additionally, Uniregistry’s 23 TLDs have also been auctioned, although they have not yet been officially approved by ICANN.

After three years of “accelerated” policy work, the final outcome remains uncertain. The Phase 1 policy of the team’s work remains stuck in implementation. And the development of a system providing access to non-public registration data has not been approved. ICANN estimates that it could take four years to build and cost up to $107 million a year. To add insult to injury, users of the proposed system have voiced their opposition to the outcome of the policy development process.

So what can we expect from 2022? I know many are hoping for a return to in-person meetings and conferences, and with that, an increase in ICANN’s ability to work more effectively through the ever-growing pile of issues that seem to have stalled. I also suspect that in 2022 we will see growing demand for the launch of new gTLDs and continued interest in blockchain domains. That said, one thing is certain: expect changes in the coming year. The domain name industry still does.