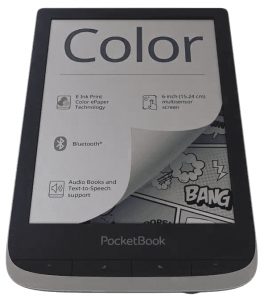 The judge rules that the owner of Pocketbook.com is not committing trademark infringement or cybersquatting.

Pocketbook International, an e-reader maker, has lost a battle against cybersquatting and trademark infringement.

A judge has awarded a big win to SiteTools, Inc., the company that owns the prized Pocketbook.com domain name.

Pocketbook International SA filed a lawsuit in an attempt to obtain ownership of Pocketbook.com after its attempts to purchase the domain and then put it through a UDRP failed.

SiteTools filed a motion for summary judgment. US District Judge Dolly M. Gee has just granted the motion for the material parts of the lawsuit (pdf): trademark infringement and cybersquatting.

On the trademark infringement front, it’s important to note that Pocketbook sells e-readers; Pocketbook.com is used for a financial product. Both parties have registered trademarks for PocketBook.

The Court concludes that the majority of the factors weigh against the finding of likelihood of confusion. Since the products of Pocketbook and Defendants are so different, there is nothing confusing here except Defendants’ use of the domain name Pocketbook.com as the web address of Defendants’ site, which is more properly addressed in an ACPA claim. The Court therefore GRANTS Defendants’ SSM in Pocketbook’s trademark infringement action.

With respect to the anti-cybersquatting Consumer Protection Act (ACPA) claim, Gee reviews Ninth Circuit precedent, which indicates that the domain’s original registration date is what matters. In this case, it was 1997, long before Pocketbook International SA held the trademark rights in the United States.

Here, Pocketbook.com was unmistakably registered in 1997, long before Pocketbook used any of its trademarks. Defendants acquired the domain name in 2010. Under GoPets, there is no question that Defendants’ re-registration did not violate APAC.

Pocketbook argues that where evidence of bad faith appears after registration, any subsequent re-registration (such as the defendants’ re-registration in 2019) violates APAC. Pocketbook’s argument flies in the face of the Ninth Circuit’s position in GoPets and the plain language of the law…

Here, Pocketbook.com was registered in 1997, long before Pocketbook started using any of its trademarks. The Court therefore GRANTS the SDM of the defendants with respect to Pocketbook’s ACPA claim.

(A Canvas.com dispute is in the Tenth Circuit, and the district judge believes the “re-registration” resets the date.)

Pocketbook interposes evidentiary objections to Defendants’ evidence in support of each of the undisputed facts proposed by Defendants, including those facts that Pocketbook alleges are undisputed. Indeed, Pocketbook claims that the defendants’ evidence is “all inadmissible”. Pocketbook’s Proof Objections 3 [Doc. # 60-6]. Such general objections are abusive, frivolous and inappropriate. The Court warns Pocketbook’s attorney that future filings that interpose such broad evidentiary objections without glaring merit will not only be summarily dismissed, but will also result in the imposition of monetary penalties.

The Court also notes that Pocketbook opposes the evidence presented by the defendants while offering in the same record identical or similar evidence in support of its opposition. For example, Pocketbook objects to a USPTO action denying Pocketbook’s trademark application on the grounds that the “statements” made by the USPTO are hearsay, see Pocketbook’s Evidentiary Objections, SUF 8, yet Pocketbook requests this Court to take judicial notice of the same type of USPTO action.

The net-net is the crux of the matter has been dismissed. The remaining arguments are a struggle for trademark cancellation.